For over 20 years DENMAC have collaborated with Perth-based artist and long time friend, Jon Tarry, in a partnership that has helped fabricate some of the most iconic public art pieces throughout Australia and indeed the globe.

Drawing on his artistic talents in creating sculptures, drawing, painting, film and architecture, Jon is best known for his modern, innovative designs which create life and movement from static pieces. With over 40 commissions in Australia, the USA and Near East, Jon’s masterpieces can be seen everywhere from Dubai and Jordan, through to Los Angeles, London and his local town Perth, Western Australia. 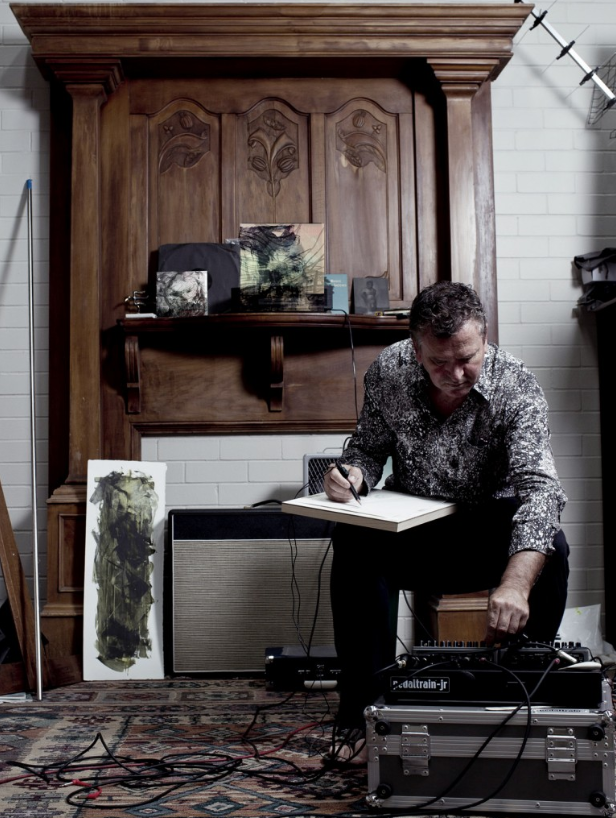 Influences From An Early Age

As a young boy, Jon was always fascinated with inventing things. His curiosity for people, nature and the way things worked were all inspired by growing up in a household of tradies who were highly skilled in making things. His father was a carpenter, his mother a clothes-maker and his brother a welder; all of whom contributed to Jon’s understanding of becoming resourceful with materials. It was here that Job began to flex his creative muscles as a child.

Jon explains; “When I was about 8 years old, I actually began making my own toys. I used everything from paper and plasticine through to bits of wire – all to create imaginary things.”

One such example includes a model city metropolis which Tarry made on a beach in Spain at an early age. Made up of shells, rocks, bits of wood and wire, he began crafting together a detailed city which had everything from roads, tunnels, rivers and factories, through to hospitals, schools, farms and even people.

When looking back on this creativity, it is no surprise that this translated into Tarry’s current career. He remarked, “In a way, I’m still building my metropolis still to this day – just on a larger scale.”

Fast forward to his schooling years, Tarry went on to complete several qualifications, beginning with a Diploma in Fine Art from the Claremont School of Art, followed by a Bachelor in Fine Art at Curtin University.

Whilst Jon’s passion for creativity and indeed art was always apparent throughout his early life and indeed his schooling years, the dream of becoming an artist wasn’t always firmly within his sights.

“It wasn’t until 10 years after I graduated that I began to call myself an artist. I wasn’t trying to be an artist, I just knew I was interested in people and how people live.” he said.

Tarry’s interest in human interaction grew into a fascination with museums, galleries, encyclopaedias, music, literature and films; helping to mould the artist’s inspiration in a multitude of ways.

After completing his postgraduate studies in Germany at the Akademie fur Kunste, Jon then went on to complete a Masters and PhD in Architecture at RMIT in Melbourne. It is this unique blend of art and architecture which has formed his unique style today – a style that DENMAC has proudly supported throughout the years.

A Unique Blend of Nature & Movement

It takes a unique talent to create artistic masterpieces which expands the field of visual art in relation to its surrounding landscape. This is the very essence of Jon’s approach to public art, which has enabled him to become one of the most revered names within the global artistic landscape.

When asked to isolate the factors which inspire Tarry’s unique style, he simply attributes his inspiration to; nature and movement.

This is evident when taking a closer look at some of his pieces created over the years. Tarry’s Banksia Grove Entry Statement is a fine example of public art seamlessly blending in with its surrounding natural environment, to majestically welcome visitors entering the Northern Perth suburb.

“All of my work has a connection to movement and nature” explains Tarry, going on further to explain the objective of his pieces to always be communicating to the public without words.

“Whilst I make static pieces, the challenge I set myself is to create movement from these materials when your eye moves across it” he continued.

This innovative technique seek to capture the energy of life in things like the surface of water or the shape of clouds, translating into familiar pieces which create an emotive reaction.

“I try and make art which speaks to the architecture, as well as human beings. My goal is always to activate people’s imagination by creating something that inspires their own curiosity – as everyone has an imagination.”

For those unfamiliar with his style of work, each Jon Tarry masterpiece always has a unique expression linked within each project. Described as being a different “focus of integration” there is always a key emotion projected from each piece, tailored to its location and surrounding atmosphere.

For example, pieces erected in hospitals evoke a feeling of healing, support and care, whilst school-based sculptures project pride, learning and inspiration. Tarry went on to further describe past pieces at Police Stations as being focused towards authority and the law, whilst other artworks have been tailored to the naming of particular buildings.

One such example includes the Aurelia Apartments in South Perth, which evokes feelings of artistic flair, innovation and luxury for the residents of the popular riverside residential development.

Whilst Jon has worked with a variety of materials throughout his illustrious career, his goal is in fact to use as little material as possible, to minimise his impact on the environment.

Each project is always different, with its own set of challenges and surrounding conditions, which ultimately determines the most suitable material to use, however over the years Tarry has developed a particular passion for working with stainless steel. Not only for its durability, versatility and everlasting shelf life, but also for its pure element, bringing it closer to nature and in line with Tarry’s passion for sustainability.

If you’ve seen some of Jon’s work, you will note the presence of movement within each peace, due to unique shaping, styling and finishes of each piece. Whilst the shapes of his work create most of the movement within each piece, the material itself also helps create a dynamic nature. Jon went on to describe his love of working with dynamic materials, labeling them as a “barometer of light” amongst some of his most favourite works.

When asked to describe this process, Tarry explained, “I enjoy the pure, natural element of working with metal, which in itself is an element on the periodic table. I particularly love the dynamic nature of aluminium as it reflects the world around it, allowing my work to change with the seasons and create an ongoing dialogue with the public.”

Public art is often seen as a luxury addition to popular locations and sites, however Jon firmly believes in its unique benefit towards the community. Whilst his work within the public art space is most definitely adding to the visual aesthetic within various suburbs, the work itself is also seen as an inspiration and time stamp on today’s achievements for tomorrow’s generation.

He states, “I try to create artwork that works in the now whilst also being interesting 30 years down the track.”

Tarry is able to combine his background and qualifications in architecture, with the experience of commercial developers, councils and governments to find better ways of doing things. When speaking to the renowned Perth artist about this, it is clear that inspiring tomorrow’s future artists is something that is deeply important to him, which explains his thirst for operating at the forefront of the industry.

When asked how we achieves this, Jon explains, “We’re constantly looking at new ways of doing things to create the benefit of knowledge and process for our future generations of artists.”

“I’m really interested in advanced manufacturing. We are now using pure mathematics to write our own code within modern day software to add complexity and scale to our projects, whilst also enabling a more precise and efficient working process.” he continued.

It’s been a partnership spanning over 20 years, with Tarry first approaching DENMAC after winning a commission. After speaking to a few fabricators and meeting the team, a new partnership was born and the rest (as they say) is history.

“I went to DENMAC for one reason and that’s quality. Quality materials and quality people and they don’t take any short cuts. Even now the pieces are maintained.” Tarry said.

When Jon first began working with the team here at DENMAC, projects began as pencil drawings, small models and bronze sculptures whilst using simple materials like wood and paper. These days the process has evolved dramatically, with new CAD digital modelling software allowing the partnership to flurry in growing levels of complexity and accuracy.

Jon is currently working on some new projects, including a new suspended sculpture at Margaret River High School alongside With Architects. This will further contribute to a growing list of completed past projects which we are proud to have delivered alongside Jon’s respected quality, style and professionalism.

Below are a list of previously delivered projects shared between DENMAC and Jon Tarry. For a full overview of his complete portfolio, visit http://www.jontarry.com or follow Jon on Instagram and Facebook to keep up to date with his latest posts.